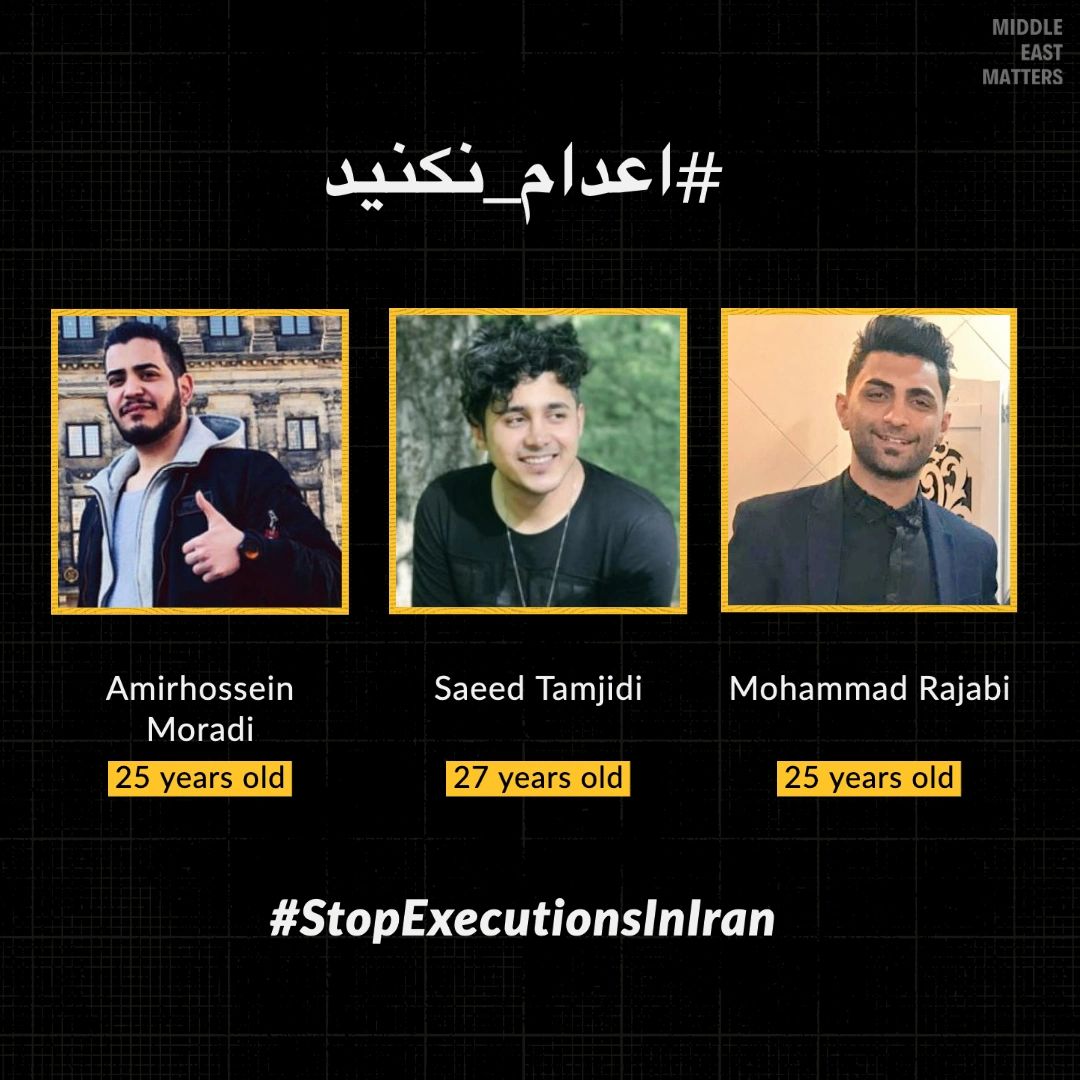 In June 2020, we started an online campaign to urge the Islamic Republic of Iran to immediately halt the executions of three Iranian protesters. Our petition has received more than 1.6 million views from all around the world and over 175,800 signatures.

The Islamic Republic of Iran wanted to execute three young men for participating in the November 2019 demonstrations, which sparked after the government increased fuel prices by almost 300%.

The men were tried in court on charges of “participating in destruction” and “setting fire to properties as a means of attacking the regime of the Islamic Republic of Iran” and sentenced to death.

The judge presiding over their trials is Judge Abolghasem Salavati, also known as the “hanging judge” for imposing outrageous sentences, including the death penalty, lashes, and elongated jail terms, on countless political prisoners. The United States and European Union sanctioned him for violations of human rights and “unfair trials in Iranian Kangaroo courts.”

Follow his long record of outrageous verdicts, the notorious Judge Salavati has sentenced all three to death, flogging, and imprisonment.